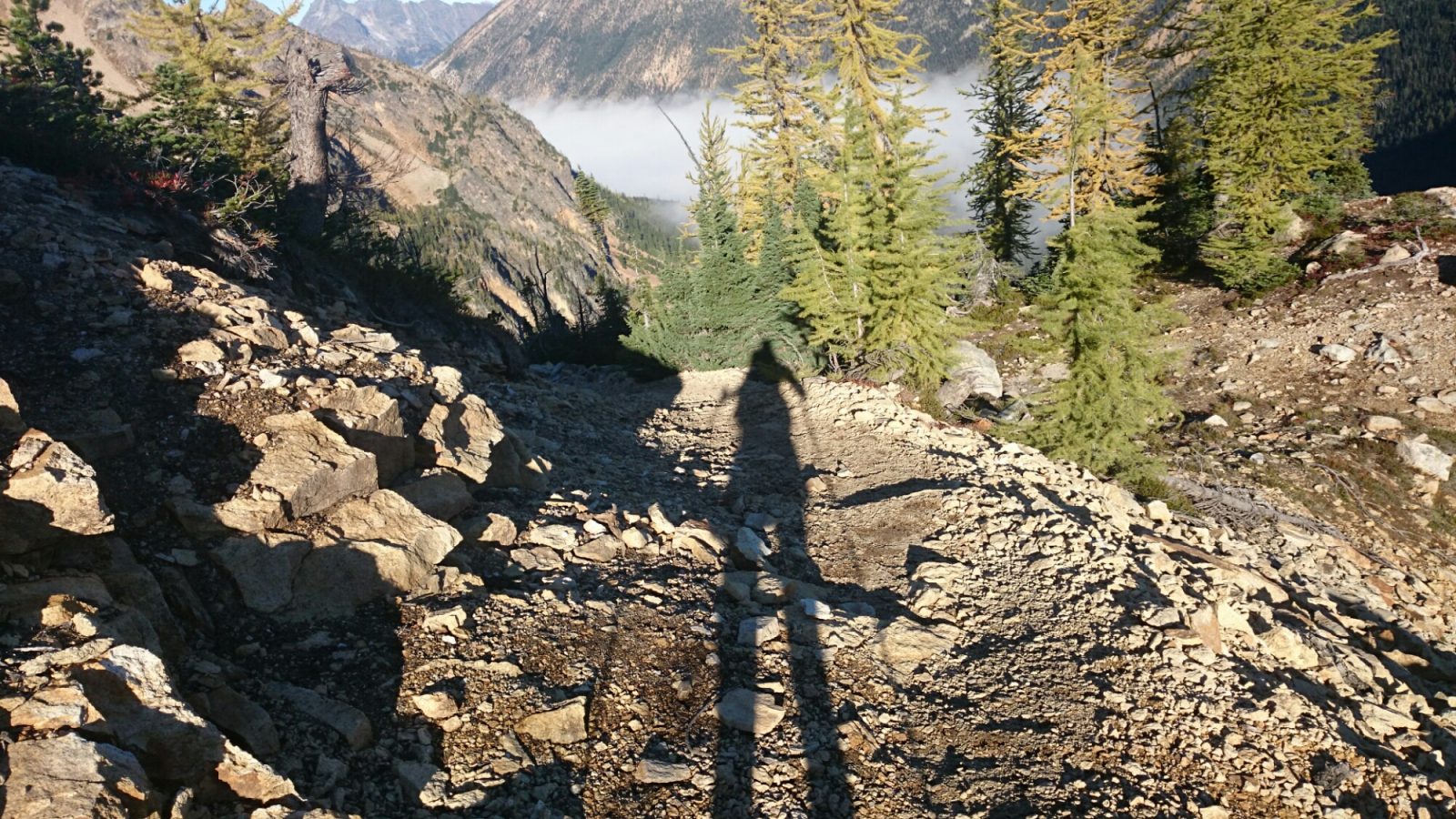 It was freezing cold this morning. The condensation in my tent was frozen. My drinks were iced. This was the first morning on trail that I wore my long underpants whist hiking out. The only other time I wore them was when we went up Withney, technically not PCT.

It was a stunningly beautiful morning though! I loved it. The ice on the trail sounded like walking on fresh snow. The sky was very blue. Clouds were covering the valleys, it was probably warmer down there. The trail was beautiful! 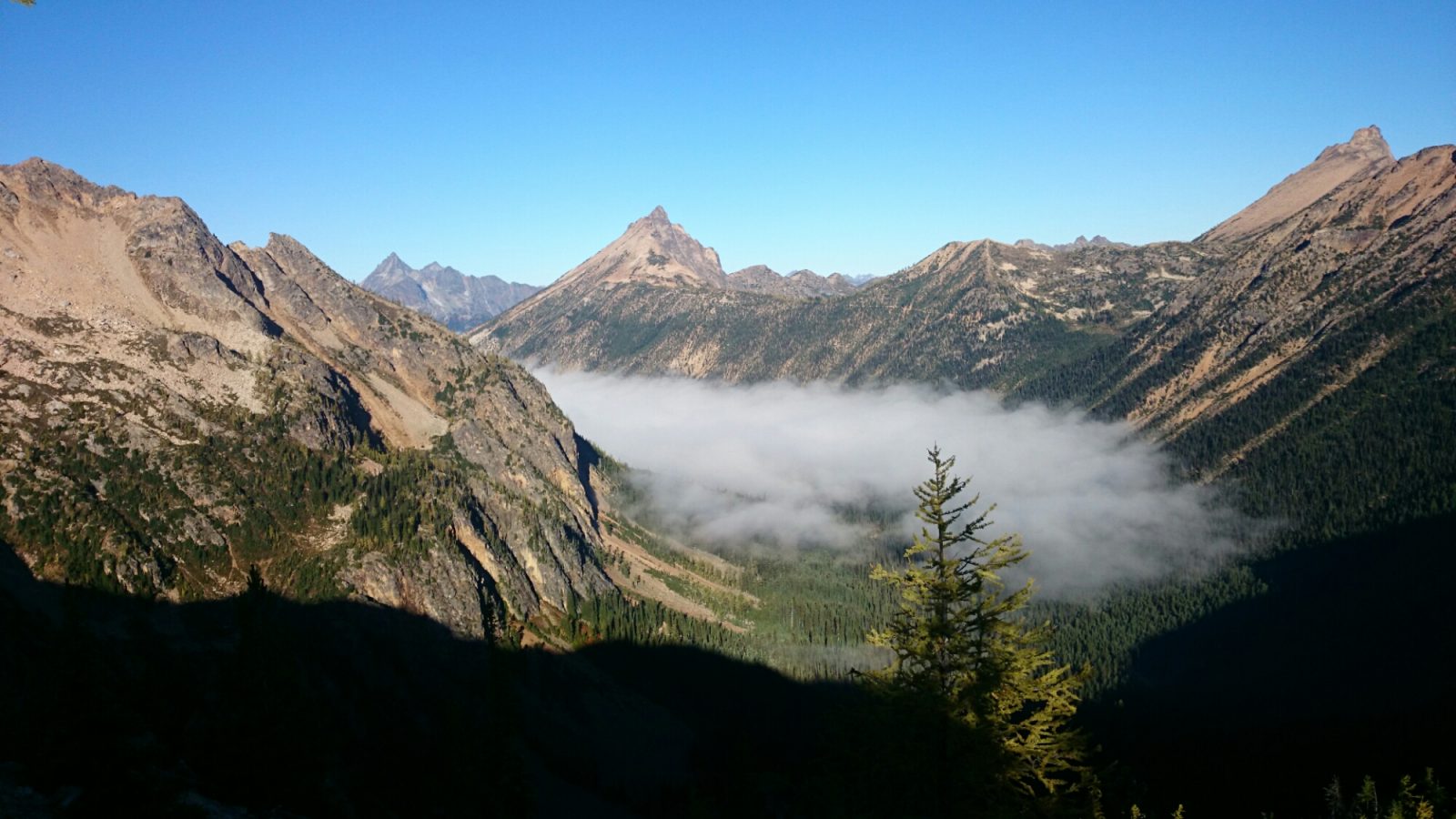 I took a break at around 10:30h. I noticed that I hike longer without taking breaks. I started this morning at 7:30h. I dried all my gear. I was just 7 miles in my day. Twenty more to go. I saw a big eagle flying by. It had white patches on its wings and was dark over all. That, according to my birdwatching guide can only be a juvenile golden eagle. Very cool, these are not very common.

I hiked the rest of the day. I met the two guys who were with Meander yesterday. They started their 2 day hike from Harts Pass to Rainy Pass, 31 miles. They asked if I would go to Harts Pass tonight, if I would make it. I told them that I may not, since I don’t have a headlamp it’s a bit sketchy in the dark. They just found a headlamp!!  They gave it to me. It’s not a very good one, I have to take out the batteries to switch it off, but I have light!!!!

I hiked further. A crazy uphill with endless switch backs. And further. The sun was going down. I had so much sun that I think I should be able to charge my phone a little. I listened to music the rest of the way.

I made it to Harts Pass! Meander was already in bed though. Too bad. There were about 8 hikers in total. One of them made me a bratwurst and a veggie thingy. That veggy thing was amazing. I think there were chestnuts in there, oh delicious. I will thank Meander tomorrow morning.

Well it will be another freezing night. I must say I wasn’t too cold last night. The cold didn’t keep me up.