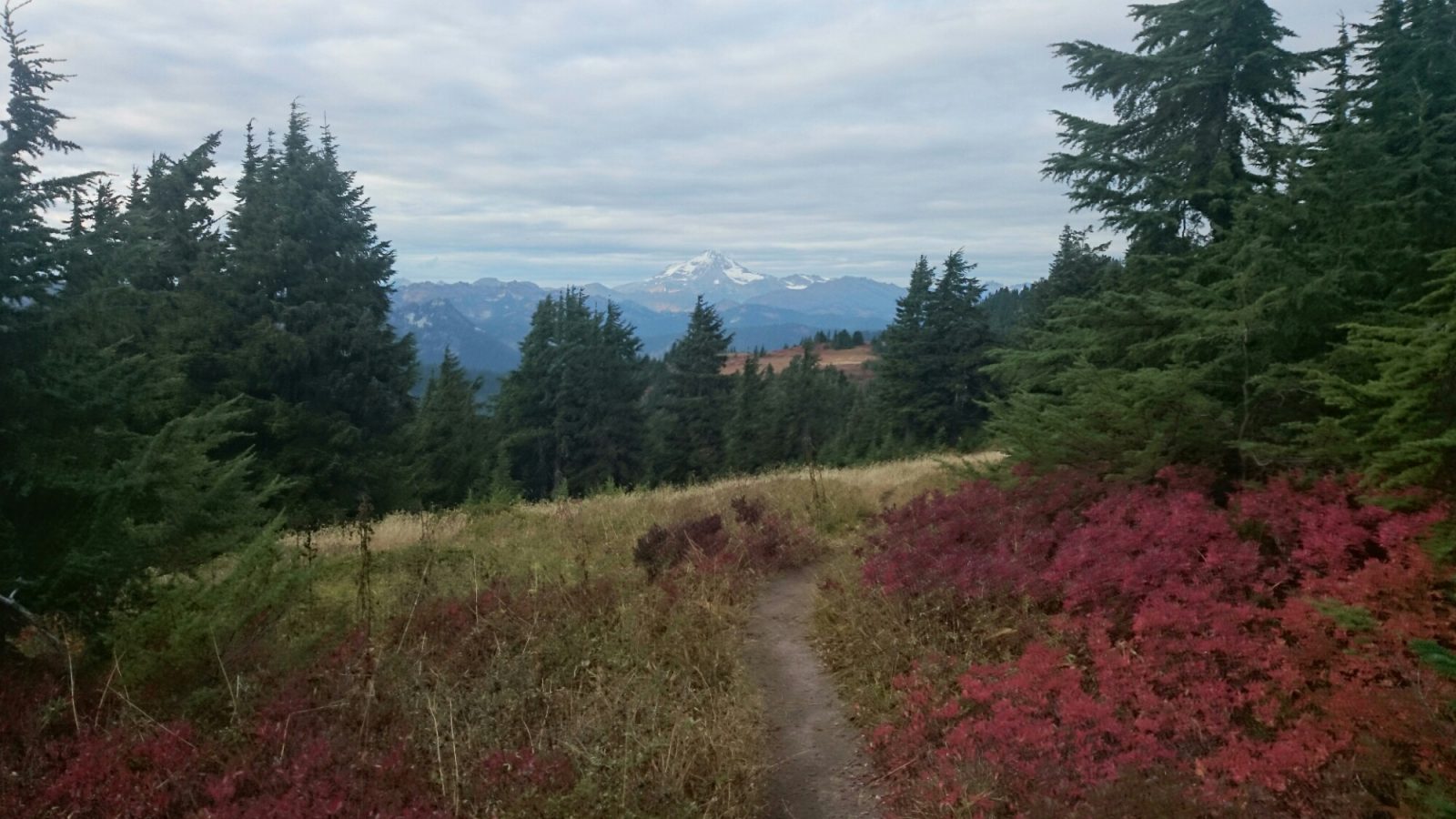 Last night I read an article about Anish. I think Anish still holds the fastest known time for hiking the Pct, 60 days 14 hours. She wanted to do something amazing. Be out there to hike. Find peace and quiet in the woods. Find herself back. She had a goal and she went for it. Becoming a stronger person afterwards.

I set out here to hike the PCT. I wanted to meet new people and hear new stories. I want to be strong. At Cascade Locks I was getting really tired of hiking. Maybe already before. With nothing better to do I kept going. I had slower days and I think I needed that. I feel stronger and better now. I have the time to finish, well I have a maximum of 12 days. My foot pain isn’t too bad. My goal is to finish in 9 days. It’s gonna be challenging especially with me wanting to go to Stehiken and needing to resupply at Rainy Pass. But is possible. I want to become a stronger person. I am not giving up yet, I have to finish my journey.

I skyped with my boyfriend,  he will pick me up from the trail if he doesn’t hear anything from me anymore, I am confident I’ll be at the airport in Vancouver to pick him up though. I skyped my parents. Always so good to hear them.

Jerry gave me ride back to the trail. It was much later than I had wanted. At around 10:45 I was on the trail.

I told Jerry I noticed that they didn’t have the pct 2015 bandana. I suspected it got stolen since the nails were in there. I had found a stuffsack with a bandana and sunglasses on the trail and I hung this bandana here. The bandana of the Dinsmores had been stolen, eventhough they were giving them out to hikers. Andrea Dinsmore told me yesterday how nice and well raised the non-American hikers are. Why would people misbehave like that? Something must have happened this year since the Dinsmores don’t allow drugs and alcohol anymore on their property either.

I hiked till 19:30h when I rolled in my lonely campsite. It’s getting dark at around 20:00. I was in my tent at 20:15h after eating half a sandwich I had packed out and a protein bar and brushing my teeth. I am focused and determined to finish.