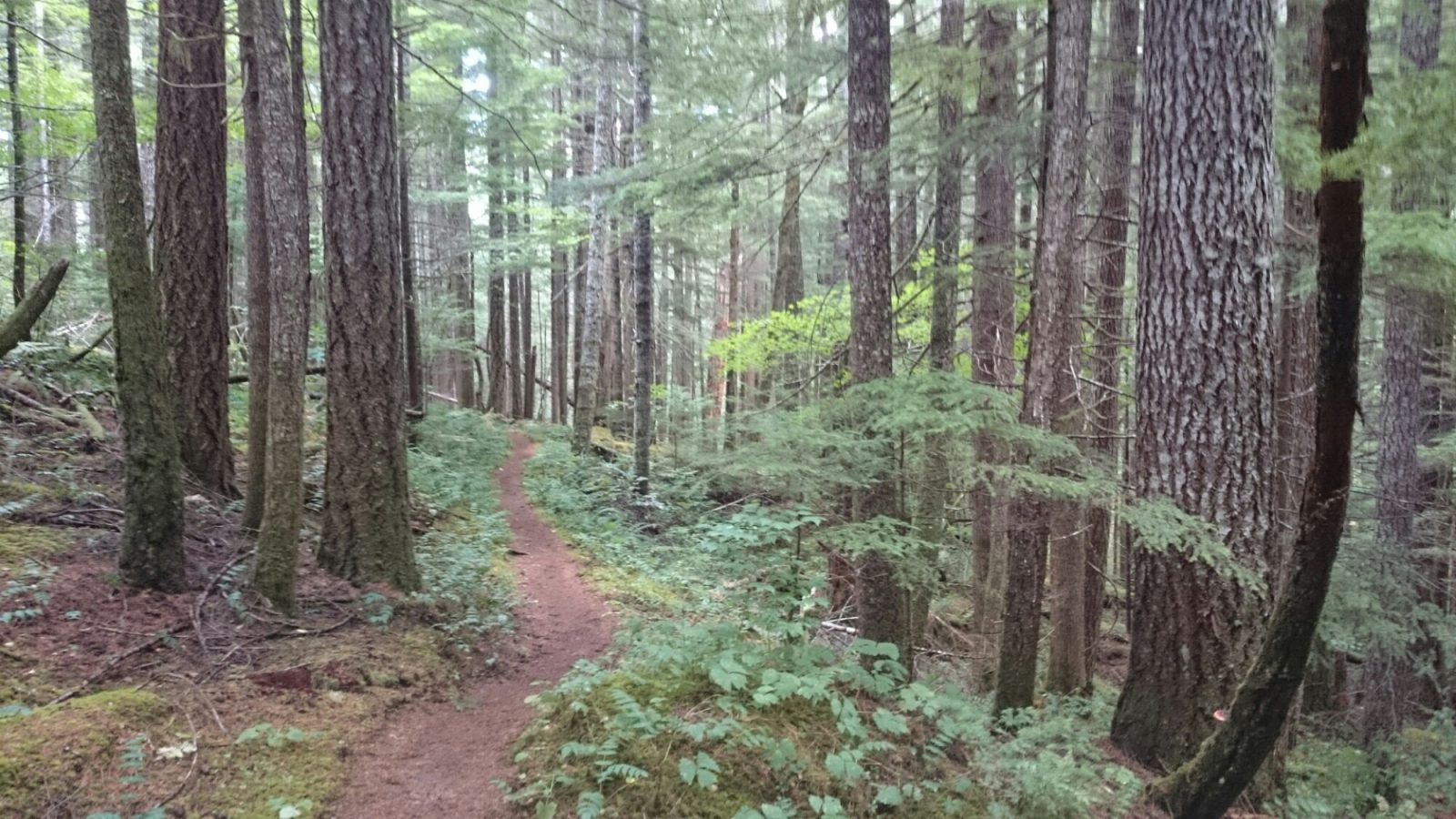 I was camped in a rain forestie kind of area. Pretty cool. Really wet. I think I had condensation last night. Who knows maybe the tent was still wet of the rain of yesterday.

I was the second last to leave camp, well after  8 o’clock in the morning. I woke up twice last night to go pee. It’s hopeless. I tossed and turned a lot last night. So as it goes, by the time it’s getting light, I fell in a deep sleep.

My pack wasn’t any better today. I imagined calling up Osprey to complain. I made myself angry only to burst out in tears. Well if that happens the only thing to do is stop and eat. It helped. I continued and I realized I had service.  Shoot, I really had to call them for this stupid little problem. Little problem?? A really annoying and for me really big problem actually. Again I’m carrying the weight of my pack on my shoulders, that’s not how these hyper modern packs are supposed to be!!

I made the call and they responded:”oh yea we get that problem a lot with that pack.” O, I thought a design flaw, nice. They had a fix for it I had to give my address and they could send it to me. I mentioned that I was on the pct and didn’t really have an address. Oh she said but for a pct hiker they would replace the pack. They were looking for an outfitter along the trail,  because sending one wasn’t ideal since I had to pay up front and later get a refund. In the end there wasn’t an outfitter near by and they are sending the fix to me. I just hope it will fix the problem without difficulty.

I caught up with Ben and Gary. I leapfroged a bit with them and eventually got ahead. I made a short day again and I am camped with them for the third night in a row. The are out for a week.

Just before camp I met For-now. She is I think one of the last southbounders, apart from the guy who is doing the winter thru-hike. I sat down along the road with her waiting for Ben and Gary. I was eating my nuts, dried fruit and m&ms. So many cars were driving by. In both directions. Where were they going? And why didn’t they stop to give us cheetos and sodas? Jokingly we yelled out the cars asking for sodas and chips. A car stopped. People were coming towards us with cardboard boxes. Donuts!!! Sodas!!! Beers!!! Apples!!! Trailmagic from Luna and Werewolf!!! Thank you so much!! I had been craving for a donut like that for a while. At the moment I’m in a weird place where I’m not really craving anything. I’m hungry but don’t really want to eat. But men that donut tasted good!! So did the ginger ale and the apple. But we’ll I didn’t have dinner. I should make noodles for breakfast tomorrow morning. 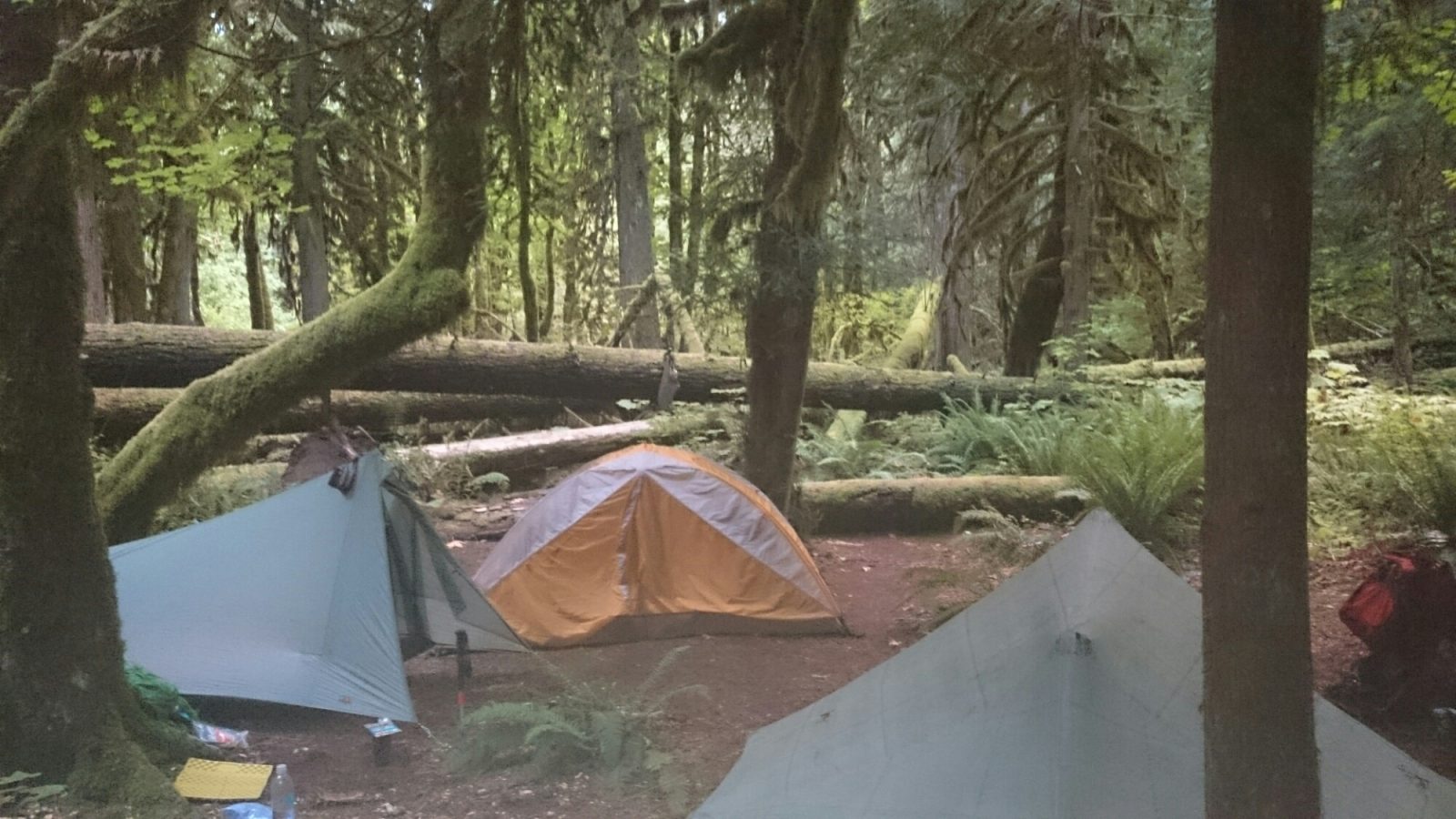 Miles hiked: 14.8 miles
Foot of the second hill I didn’t climb (2164.8) – Panther Creek (2179.6)
Weather: Mostly cloudy most of the day. Sun peeked through at times. Rainy in the afternoon. To shaded under the trees to dry my stuff.