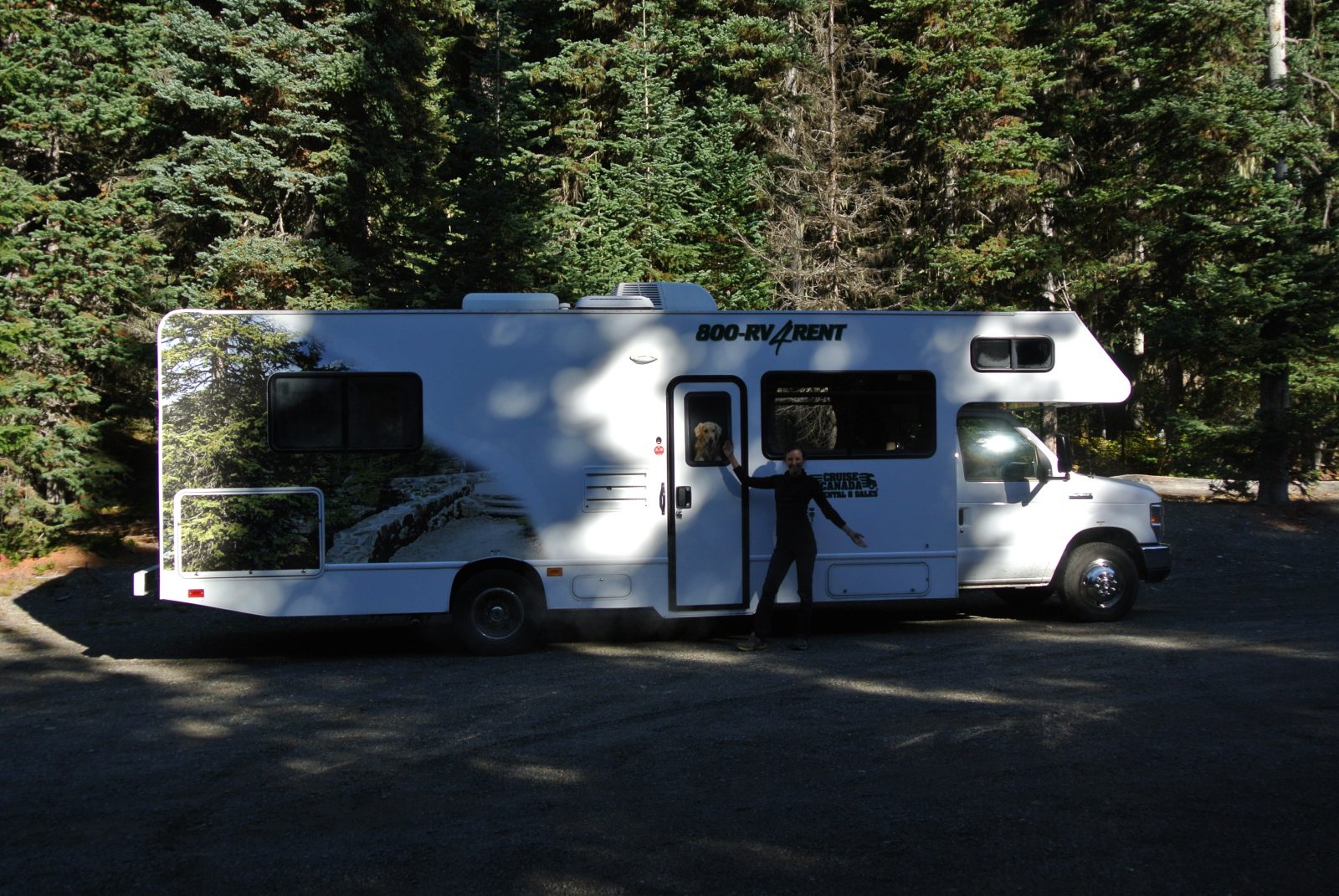 Harmen and I traveled through Canada. Canada is a spectacular country. I’ve been told that the highlight is to go to Banff and Jasper national parks. So we went.

Harmen was in charge of booking our motor home. He rented the biggest one. Price is the same (well rental price, fuel consumption is most likely a bit more, and fuel price in the Americas is still a lot cheaper than in the Europas) but with the bigger one we have maximum comfort. And we had! It was including bedroom with closets, shower, toilet, kitchen, launch and lots of store area. It’s camping on a hole different level. Glamorous camping aka glamping. Camping 2.0. 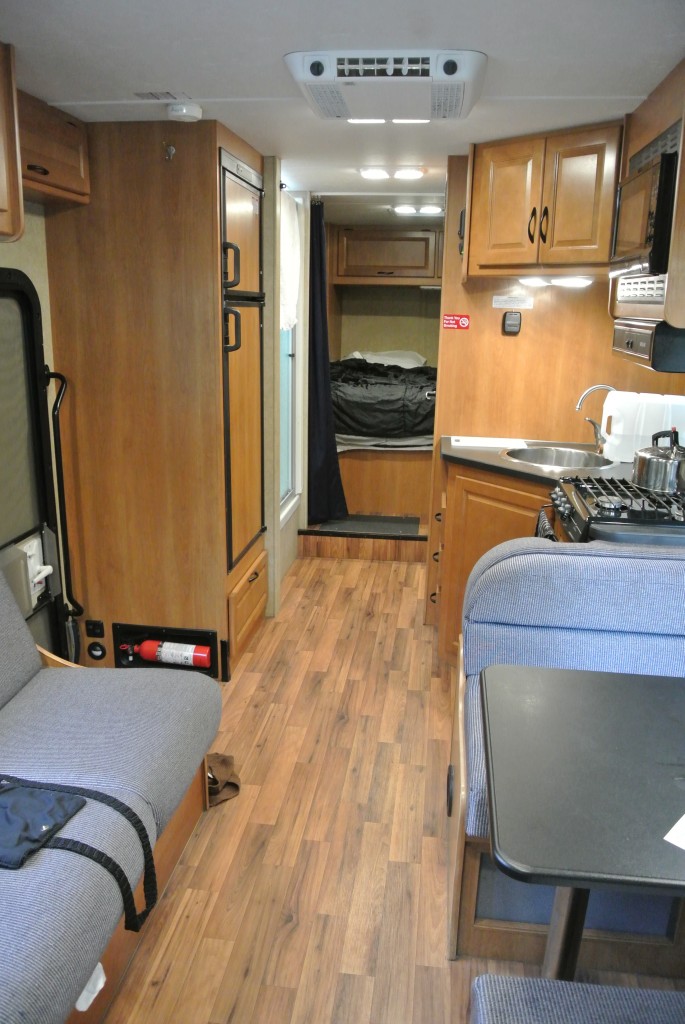 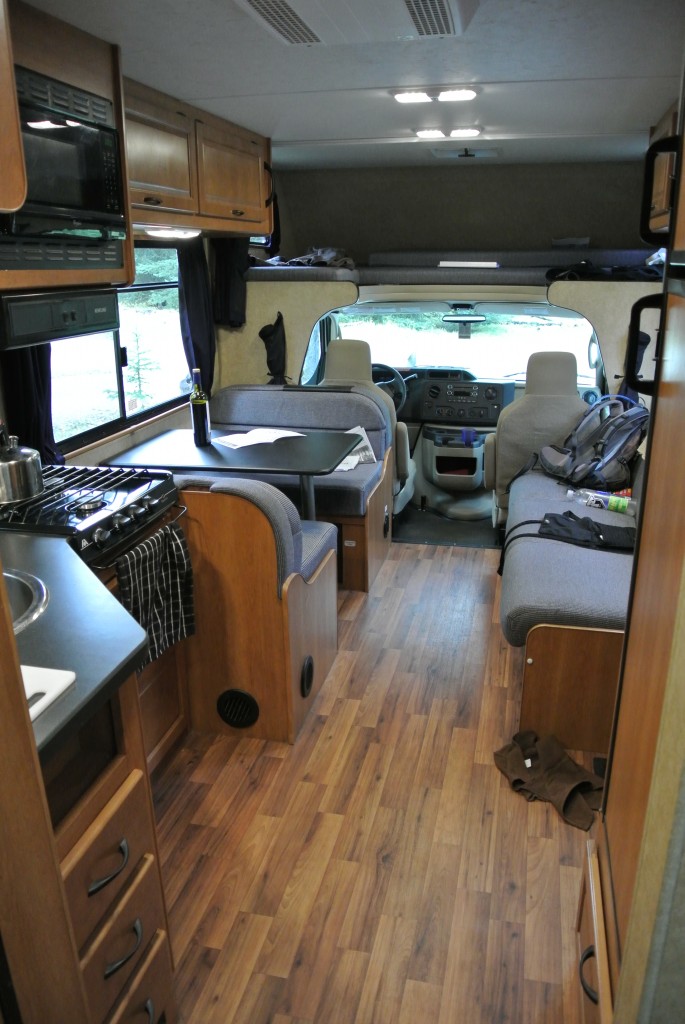 We drove away towards Manning Park. Harmen got to see where we finished the PCT. Lucky was there, it was so nice to see him one last time! Harmen was, however was a bit lost is all the hikertrash. He didn’t know anybody. As for me, I saw a few guys who I’ve hiked with for maybe an hour, who I camped with for a night. I didn’t fit in anymore on my town boots, pink skirt and clean sweater. We left and found a spot to park for the night. It was a freezing cold night and we ran the batteries flat (not the ones for driving off course) trying to heat the motor home.

The first week we were lucky with the weather. Sun was out. It was perfect! We enjoyed the beautiful scenery of Lake Louise in Banff. There was a halo around the sun the day we hiked around the lake. 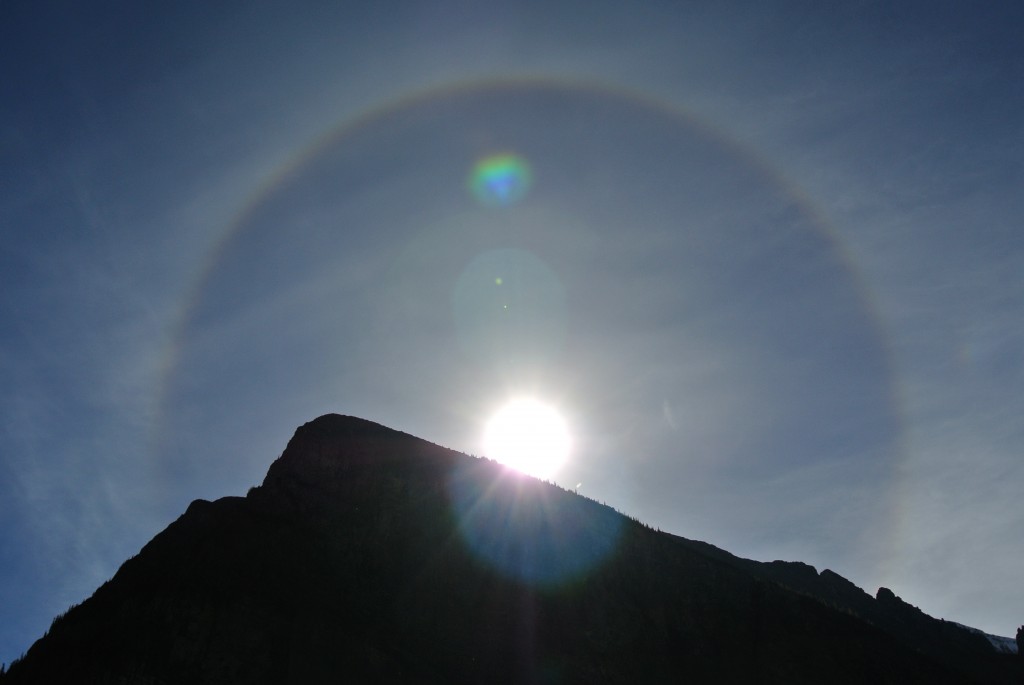 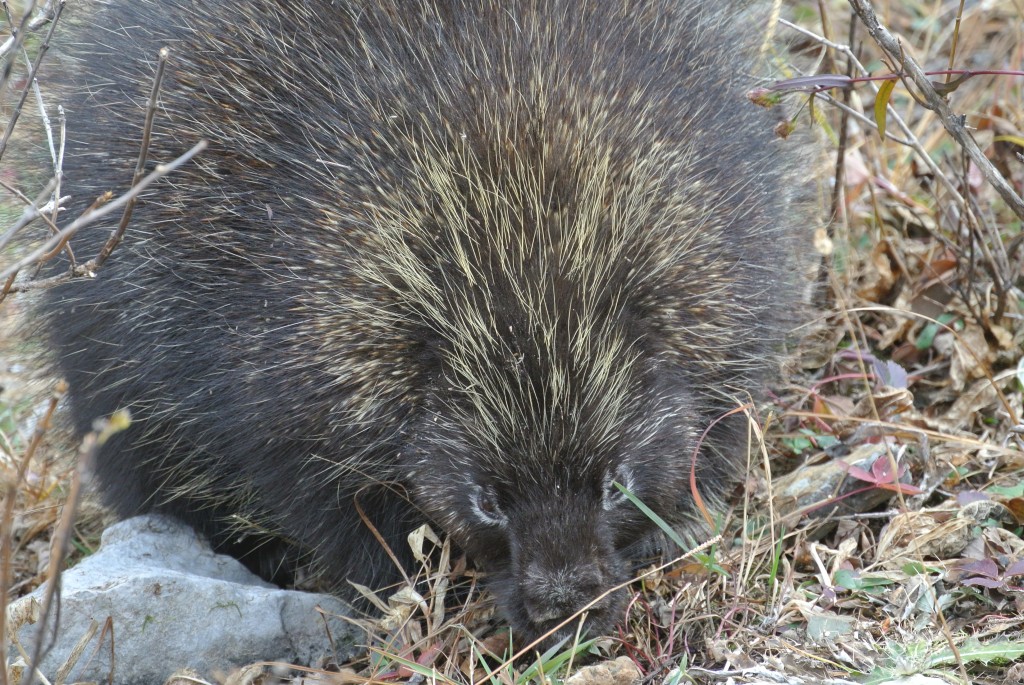 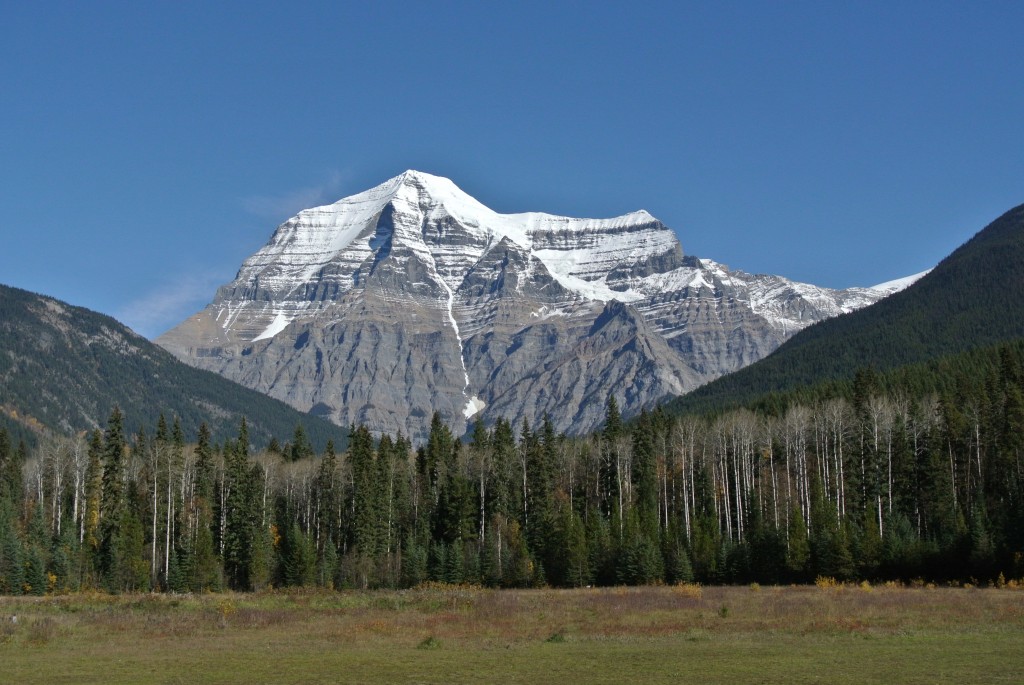 From Lake Louise we drove all the way to Jasper. None of the RV Parks on the way were opened this time of year. We didn’t really wanna spent a night without heating at these altitudes, it’s freezing in the nights. The weather turned this evening and it was raining and/or snowing.

In Jasper it was still partly clouded when we took sky tram up the mountain. We had a beautiful hike on the top of the mountain in the snow. I made snow angels! 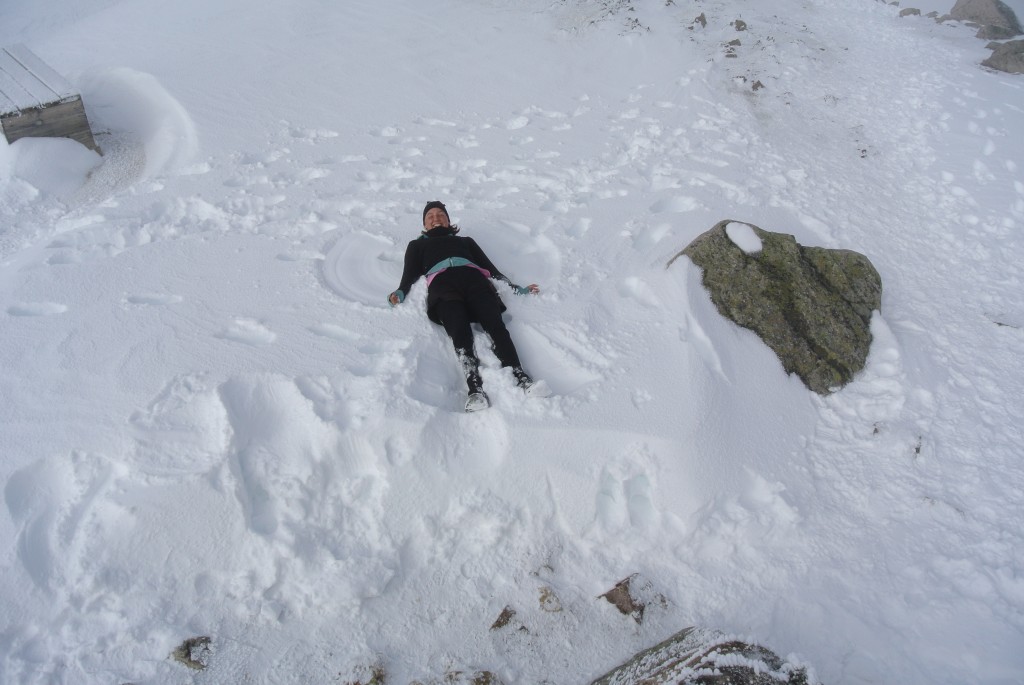 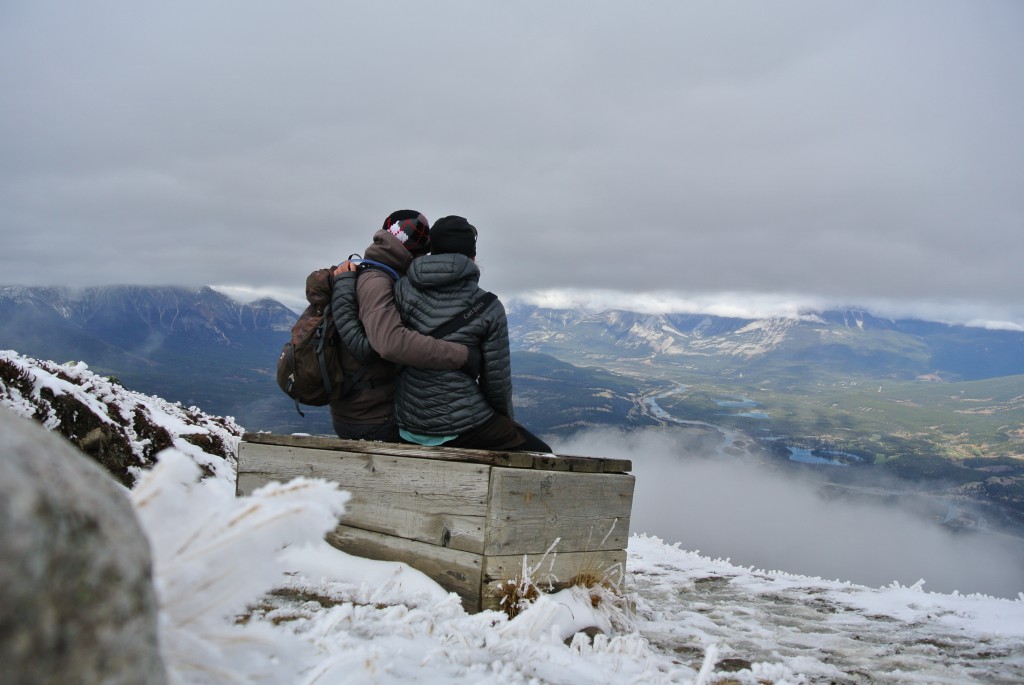 I missed the coast. I work at sea and I missed the coast these past months on the trail. Our plan was to race back towards Vancouver to go explore some coast. To do an excursion on the sea.

On the way back towards Vancouver we stopped at a place where we could do a river safari. We saw signs for it along the highway with beautiful pictures of bears and mooses. It said ‘one amazing hour’ ‘a spectacular experience’. We were on a long drive  and could use the break. Without consideration we booked and went. Within ten minutes on the boat our guide found us a bear. My first black American black bear. The two bears I had seen on trail were brown. It was cool to see it going about. Wandering through the bushes along the coast of the lake. With my binoculars (Harmen took brought them for me) we had an amazing view on the bear. After ten minutes we had enough. We spend 20 minutes looking at the bear not doing much. I would have liked to explore a bit more, find maybe a moose or an elk. Ach well, it probably wasn’t the time of the day for those animals anyway. We paid a little visit to a waterfall before returning back to the dock. 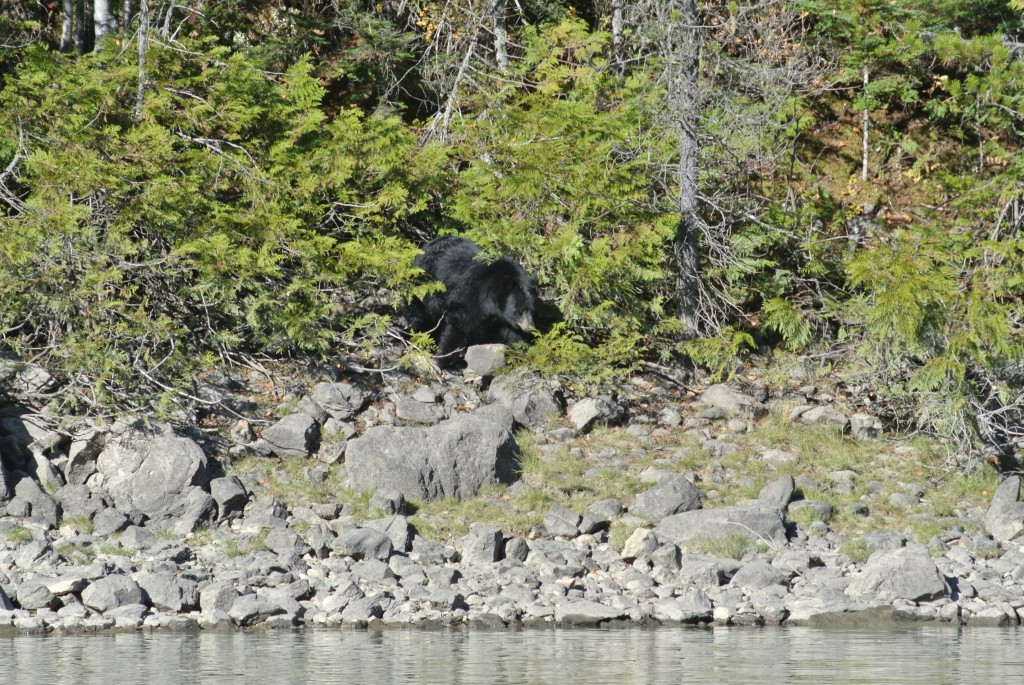 The ferry to Vancouver island was incredibly expensive for a 30 foot long motor home. We booked a whale watching tour and we went to the ‘sunny’ coast instead just north of Vancouver. The coast was occupied by houses so we couldn’t see much during the drive. We did do a beautiful hike here of not even 3 miles. The best birdwatching for me so far in Canada. We had the best camp spots so far as well. Quiet, no trains passing by. The night before we crossed by ferry we were in a campground where we tried to get a simpler spot, it was the most expensive site so far. The answer was: “No, based on your vehicle size you need full hookup”. We proved her wrong on these two nights here on the coast with no hookup at all, but we (Harmen) were flattered that the size of our motor home was recognized. The temperatures on the coast were much warmer, we didn’t need heating at all. 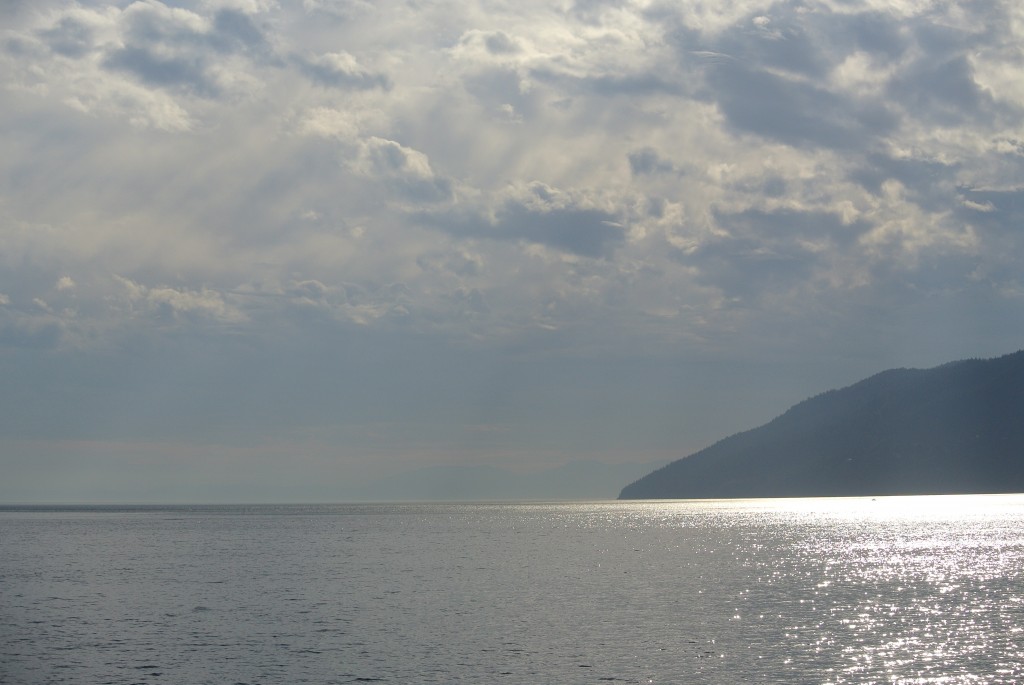 The last two days in our motor home we spent near Vancouver. I was very disappointed when our whale watching tour was cancelled due to weather conditions. We couldn’t see any sign of wind but another operator didn’t sail either. We did a canopy walk. It was fun. Quite spectacular actually. But to me it kind of felt like another day in the woods and with very few birds. 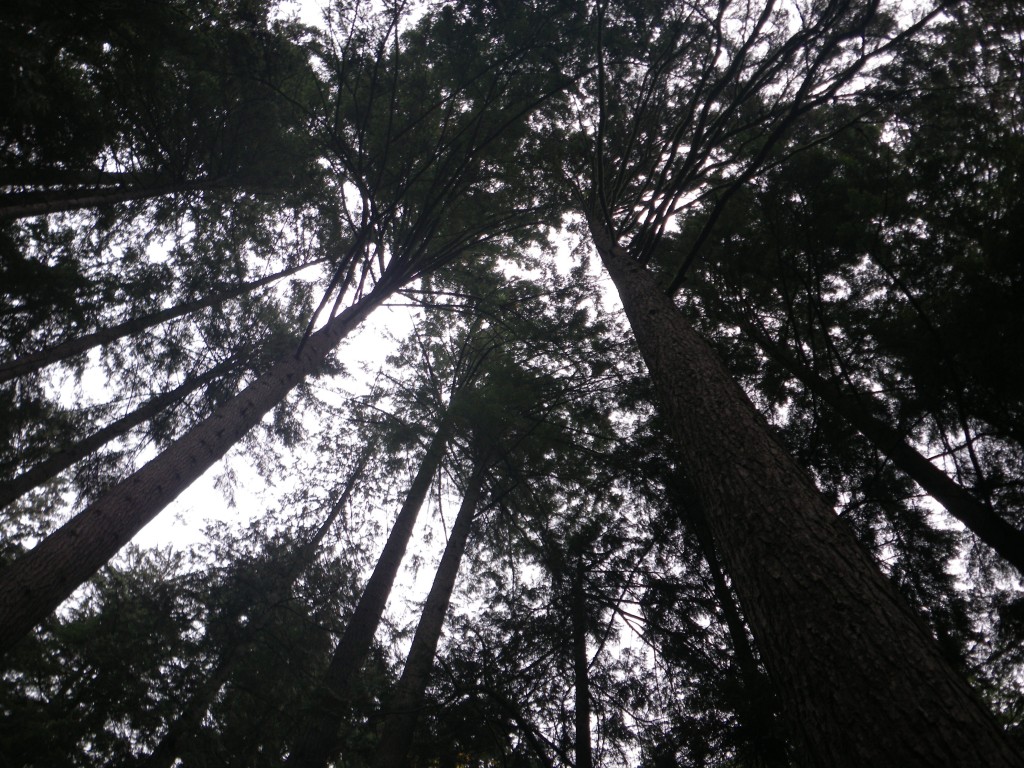 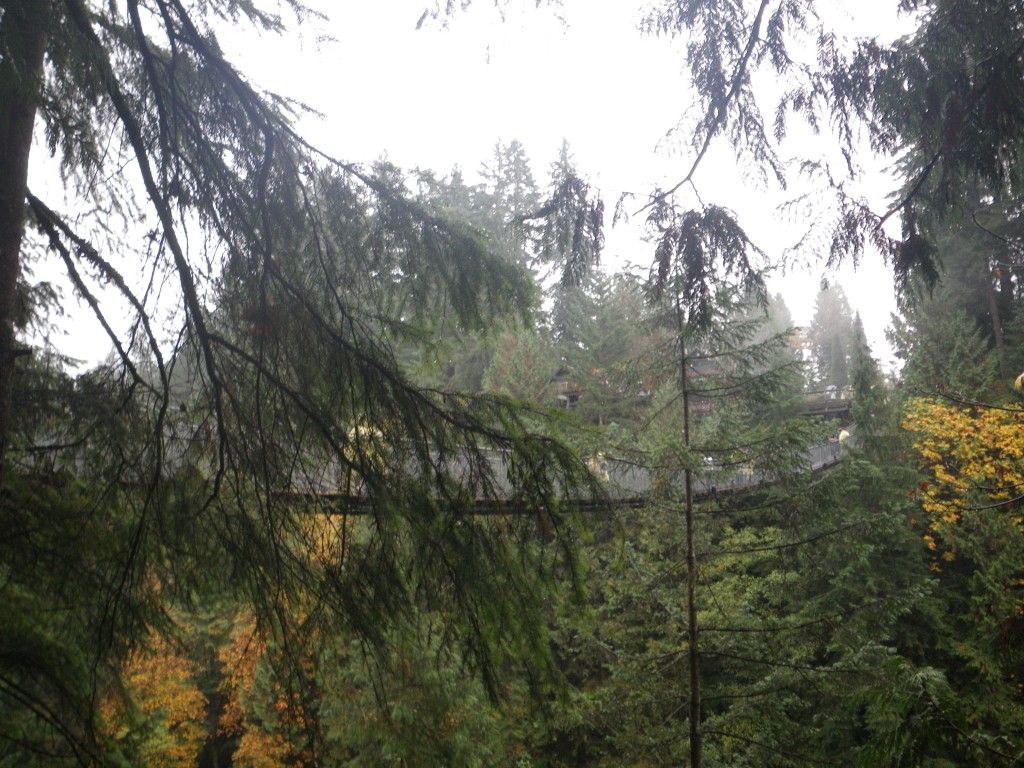 The two nights in Vancouver were nice. The maritime museum had a wonderful story about the vessel the St Roch that sailed the north west passage twice. It was the first vessel to circulate the continent of North America. It also thought us about the native Americans living in the Arctic.

The Vancouver aquarium was amazing as well. I had never seen a beluga before and there were two here. They had a rescued false killer whale, a dolphin that looked a little bit like a killer whale. And another dolphin. Both these duo’s gave a show with their trainers. It’s important for these sea mammals to be trained. This way they can get optimal care and they get exercised to stay fit. There were sea lions, sea otters and penguins. Inside there were lots of aquaria with colourful fish, frogs, snakes and other interesting sea animals like worms, crabs, jellyfish, etc. We got to see a fun 4D movie, wind on your face, water splashing around and pokes in your back. I can recommend visiting the Vancouver aquarium if you’re ever in Vancouver. 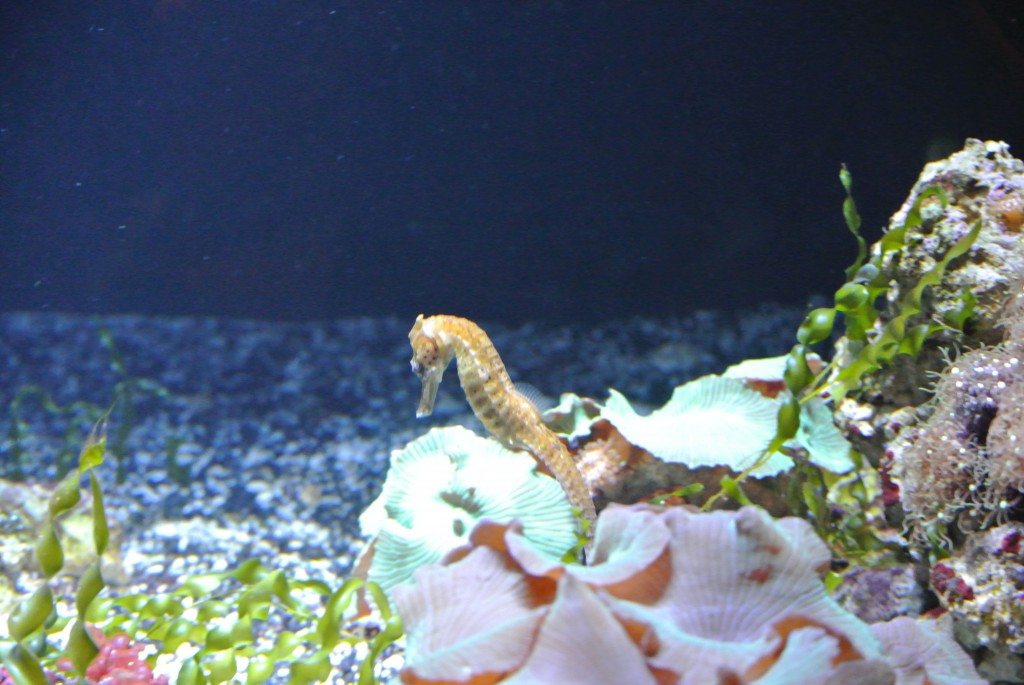 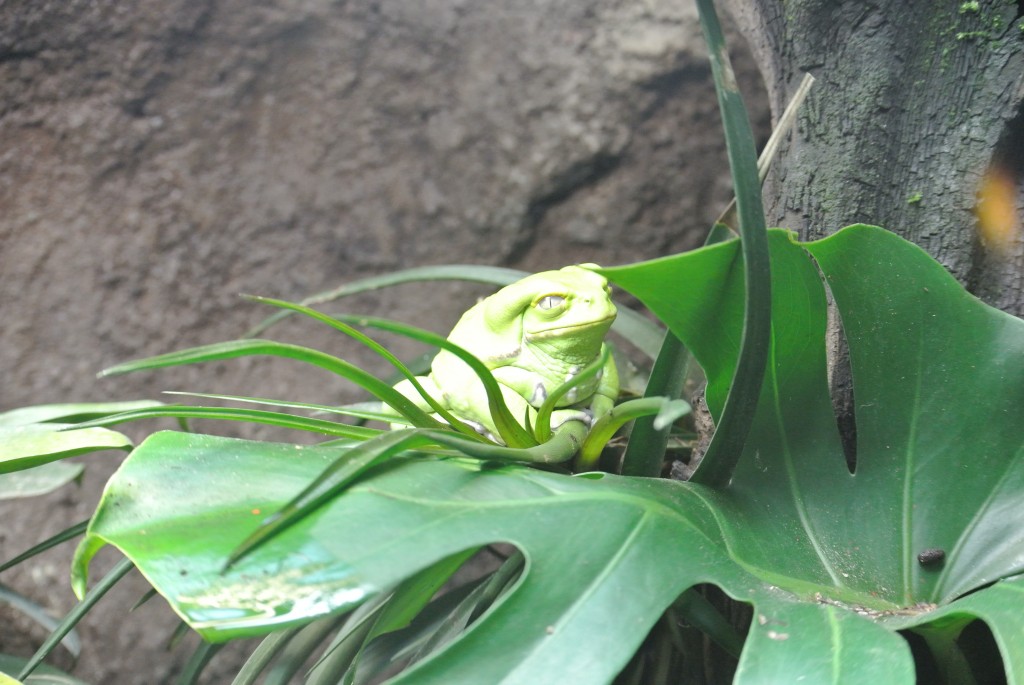 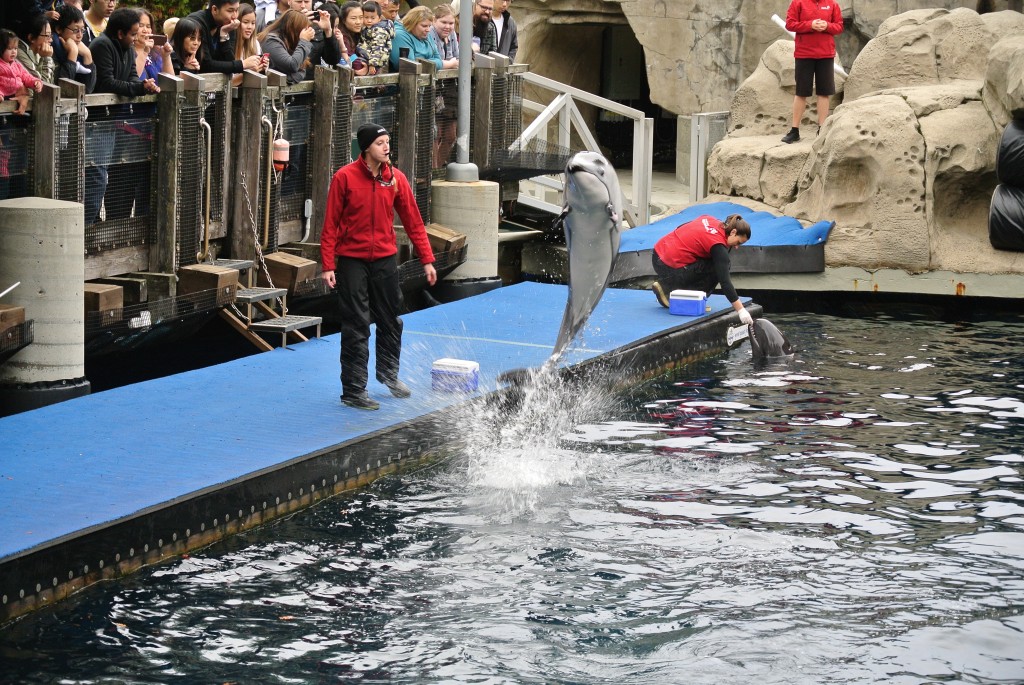 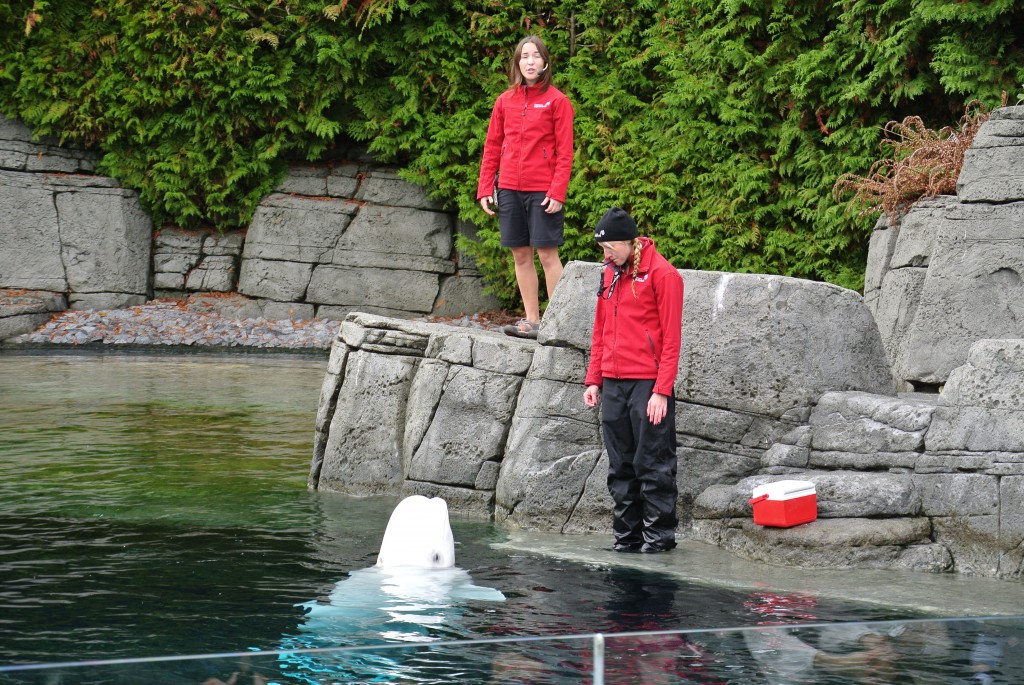 The vacation was getting tiresome for me. I felt a little down sometimes, especially near the end. Maybe I was ready to go home without actually being homesick the way I was on trail. I thought I wouldn’t be in pain anymore after the trail, that was wishful thinking. I am in pain every day. My feet hurt. After a little hike they hurt even more. I’m stiff. My knees are still weak and sensitive. I had backaches. My neck often hurts. At least while hiking the pain disappears when hiking for ten minutes and I can explain why I feel pains. I was trying to do little exercise to get some endorphins, push-ups and sit-ups. I even went to the gym on a fancy RV Park in Vancouver. Unlike other hikers I’m kind of looking forward to go back to work. Pick up my old life.

After driving 2311 kilometers we ended our vacation with a beautiful turkey thanksgiving dinner. We flew home on the Canadian thanksgiving. And, on the flight home we had a little view on the northern lights! 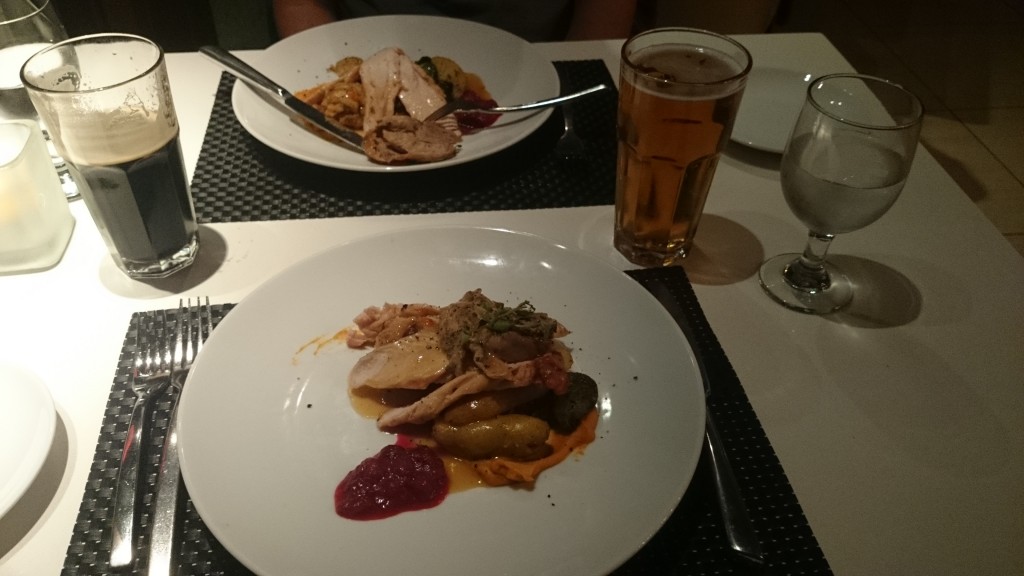