A Lesson in Topography 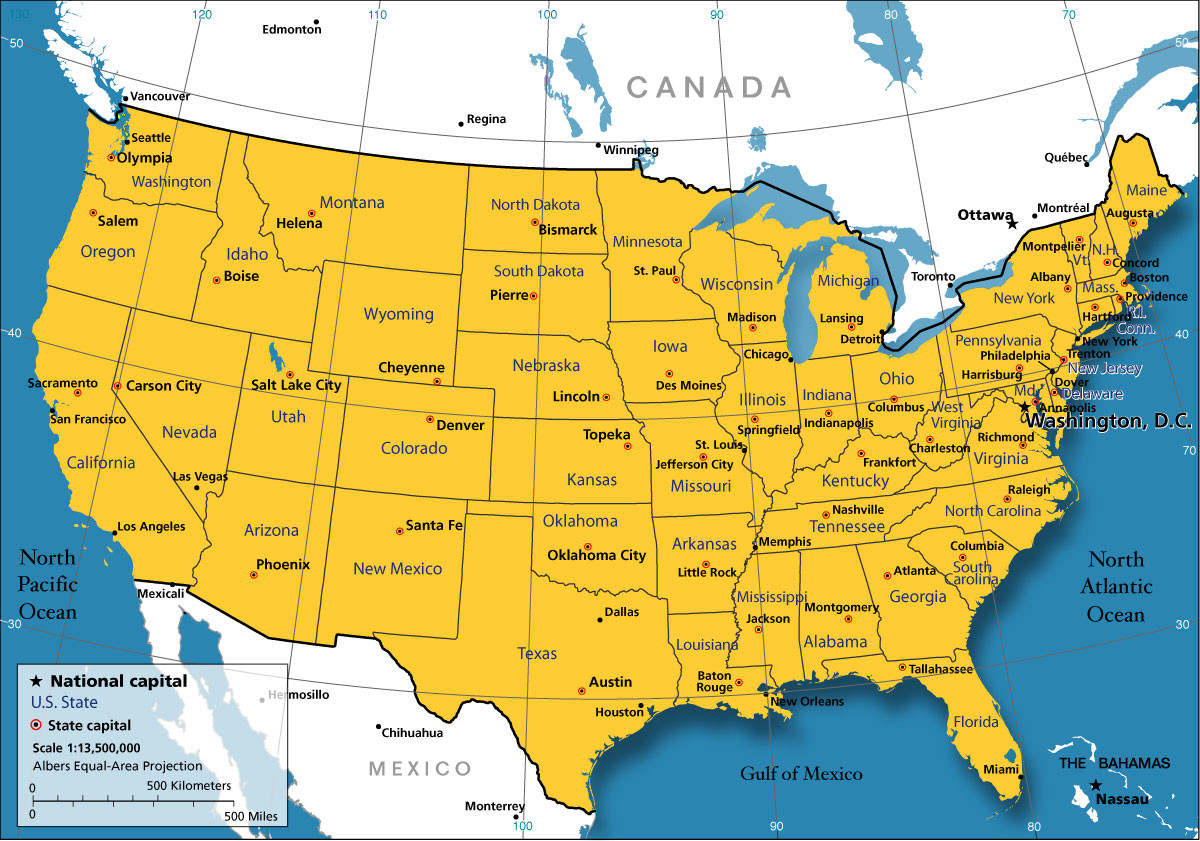 [dropcap]B[/dropcap]ecause I often get questions about where I will hike: if I will hike through the Grand Canyon, if I will go through the rocky mountains. Will I pass Death Valley? Or I’ll be asked if I will hike with a view on the ocean.
My answer often sounds like: ‘I don’t think so?’ or  ‘well I think the Rockies are a little more to the east…‘. I will not be hiking along the coast and I also know the grand canyon is in a different state, and therefore too far away. However I do not know where Death Valley is, or where exactly the Rockies are. So it is about time I learn a little about the geography and topography of the USA.

Where I won’t go

I would love to visit Grand Canyon, Los Angeles & Hollywood or San Francisco. However, even though on the map it all seems fairly close to the PCT, I will need all my time to hike the trail. I will follow the states that are bordering the Pacific Ocean, however the trail runs far away from the coastline. Unless I make some effort, I will not go to the beach. 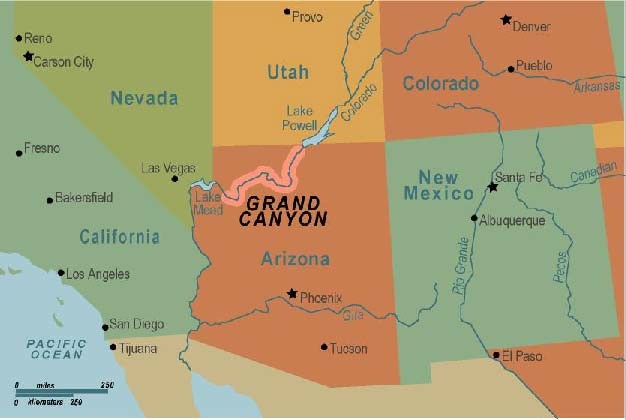 I looked up where Death Valley is. Death Valley is in the middle East side of Callifornia and he PCT goes right west of there. The trail does not pass through there. 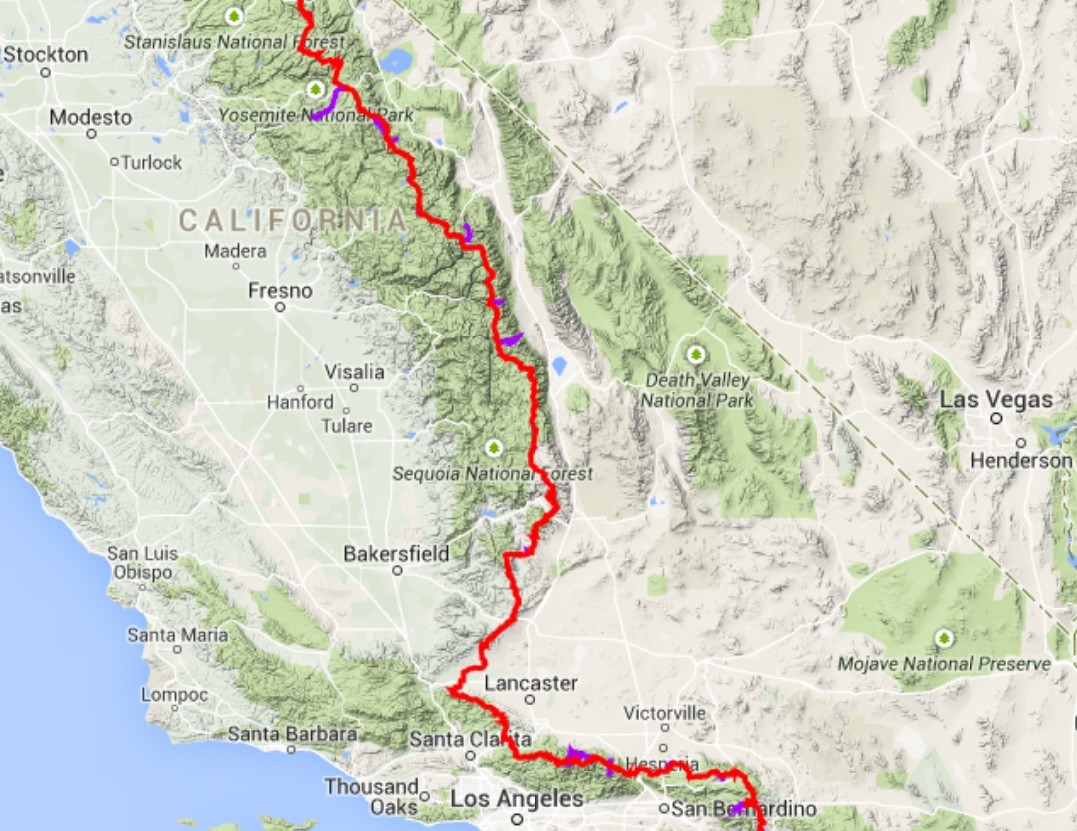 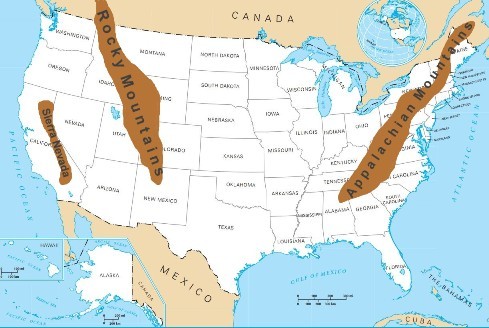 You know Mount Rushmore? Its that granite mountain with  George Washington, Thomas Jefferson, Theodore Roosevelt and Abraham Lincoln. to refresh your memory is also quite far away:

Where I will go

I will hike through California, Oregon and Washington. Do not be mistaken by the size of California, the halfway point is still in California. The trail passes through the following 7 national parks.

Mount Whitney in California is with 14,505 ft/4421 m the 12th highest peak in the USA and highest mountain peak of the contiguous United States. All other 11 higher peaks are in Alaska, the highest being Mount McKinley, 20,236 ft/6168 m. 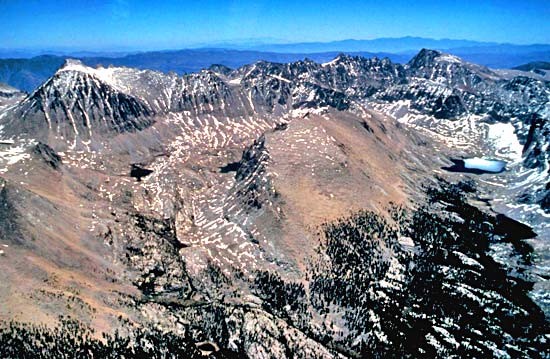 Mount Whitney is close to the trail and there are many hikers that try to summit the mountain when they pass there. On the top the sun rise is said to be amazing. I shall see if I will have the energy to climb mount Whitney, that should be cool. Mount Whitney is, according to Wikipedia, the third most isolated summit in the USA, so probably there will not be too many (maybe none at all) tourists.

Half dome is a massive granite rock formation in the eastern end of Yosemite National park. The granite crest rises more than 1,444 meter (4,737 ft) above the valley floor. Via the Cable Route you can to the top. This route goes almost vertically and you will need the ropes/cables placed next to the steps to climb up there. On top you will have a magnificent view over the Valley. The plan is that my good friend Fin, whom I know now for almost ten years and whom I went hiking with several times, comes to visit me around the time I will be in Yosemite. I would love to hike (or climb) the Half Dome, and it would be even more special to share this with a good friend. 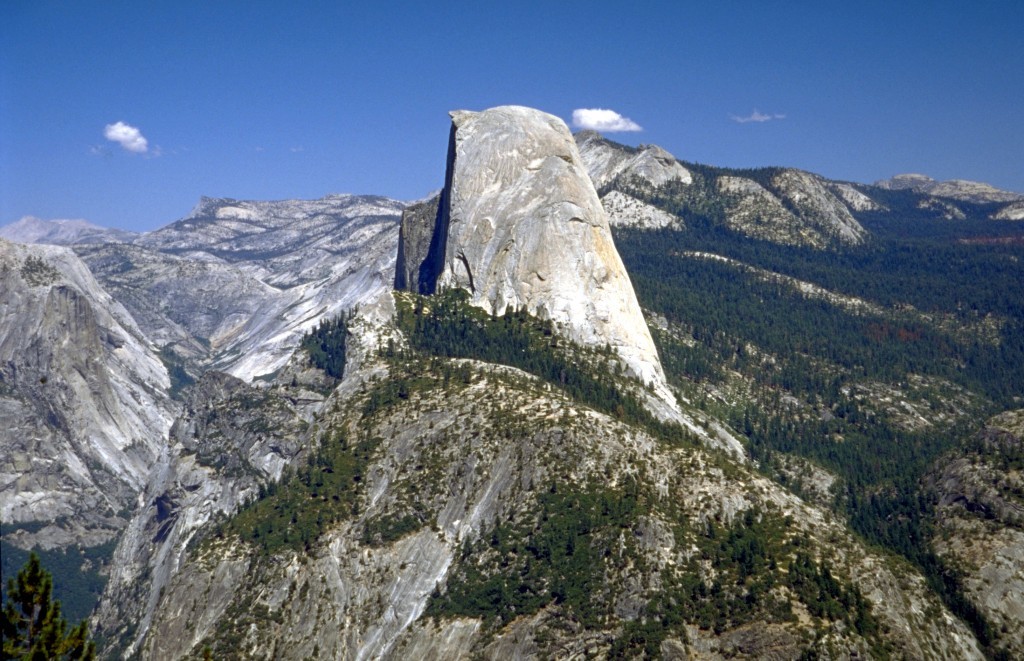 Half Dome from Washburn Point, showing its profile

I will fly to San Diego, where I will stay 2 days/3 nights, where I will arrange a sim card, some resupply boxes, and maybe some other small chores. I will probably spend a day or two in Portland, a city in the north of Oregon, for some chores, equipment may need replacement, I might require some rest, I might prepare resupply boxes for Washington. I probably will not be able to visit many other mayor cities.